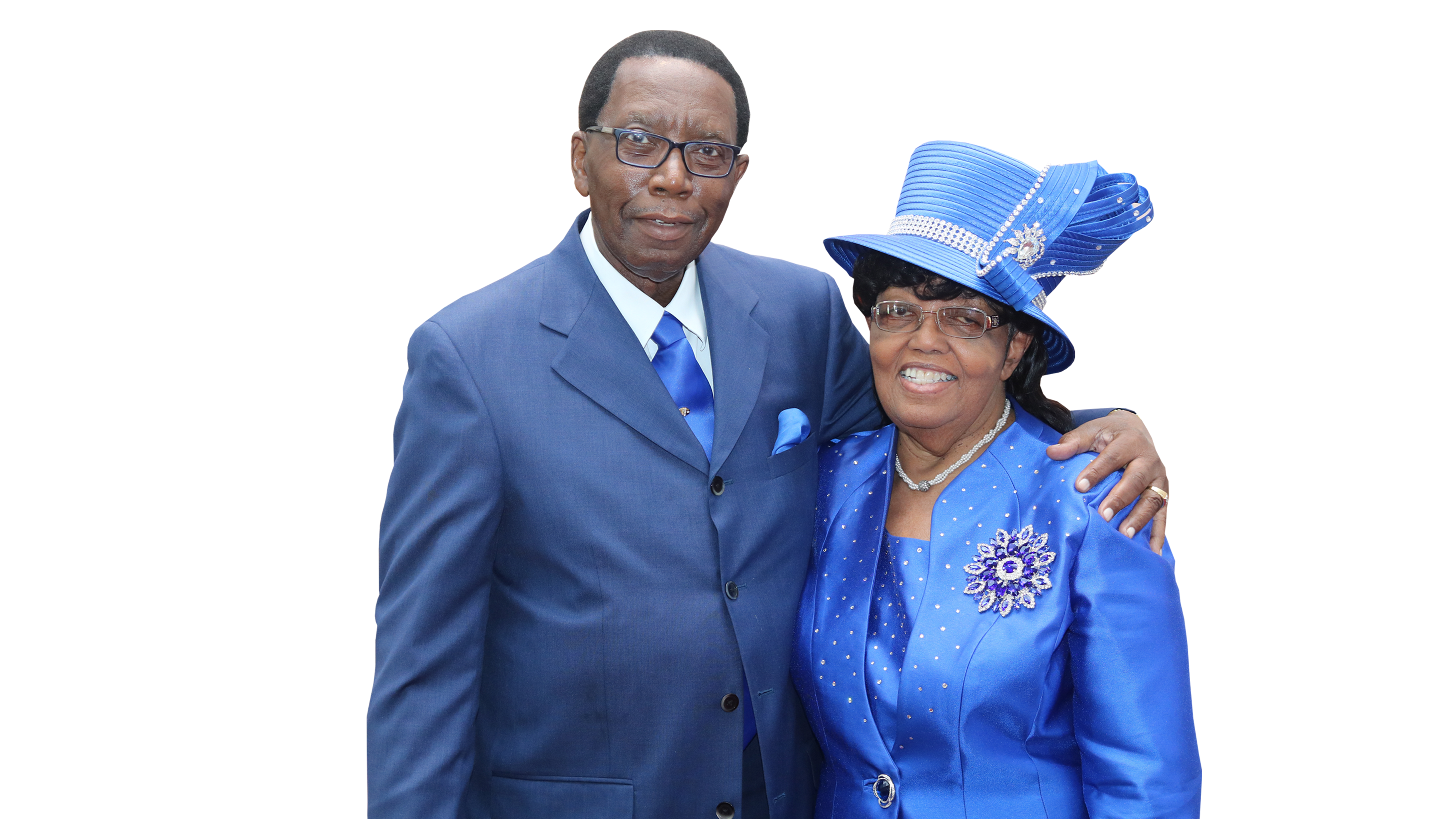 O taste and see that the Lord is good: blessed is the man that trusteth in him. – Psalm 34:8

I, Elder Roy L. Smith was coming down I-35 south headed home from work one day. I exited on Camp Wisdom Road and instead of turning right, to go to my house, for some unexplained reason, I turned left. I drove down to our present location, looked over toward the church and there were cars parked there. I recognized two of the cars, my broker’s car, Mrs. Vera Davis and one of the other real estate agents, Mrs.Naomi Spivey.

The name of the church was Laurel Land Baptist Church, Elder Reagan, pastor. When I entered the church, one of the members there, Mrs. Frances Sneed and the pastor, Elder Reagan were discussing the terms of the contract for sale of the church with another Pastor of the city. I was introduced to Pastor Reagan, who greeted me and proceeded to show me the church. When I got to the front of the church where the communion table was located, God said to me “This is it” and His presence just over-shadowed me. I began to want the church very badly, but at the time, I had no money. The other Pastor had $2,000 to put down on the church. I discussed it with Mrs. Davis about putting a back-up contract on the church. It was agreed that it could be done, but they would have to honor that first pastor’s contract first. When he could not obtain financing, he tried to get the church to carry the note, but they wouldn’t. My contract came into play at that point. I talked to one of the pastors of our jurisdiction about securing a loan from a Mr. Dean Darby, who loaned money to churches.

Mr. Darby came out and looked at the church and looked at the church and he agreed to loan me the money to purchase the church. The church was on sale for $22,000.00. He wanted me to put $10,000.00 down, which should have left a balance of $12,000.00. Somehow he added $15,000.00 to the note and then wanted to charge 10% on the 27,000.00. I carried the information to Hexter-Fair Title Co. and a friend of mine that worked there looked the papers over and told me that Mr.Darby couldn’t do that in the State of Texas, because that would exceed the Usury Law of the State of Texas.

I wanted the church badly, but God would not let me overstep His boundary, so that deal “died”. I had another encounter with a friend of Mrs. Davis, but that deal also“died”.

The only other thing open to me was to approach Elder Reagan and Mrs. Sneed to see if they would consider carrying the loan for us. I offered them $11,000.00 down if they would carry the balance. The $11,000.00 was money that my wife and I had to borrow. They agreed. I went back to their church that Sunday morning because I thought about needing some additional money to put into the bank to get the church started. I did not want to disturb their service, so I asked God to let somebody come out of the door. I leaned down to pick up something I had dropped on the floor of my car, when I looked up; a young woman was standing outside the door. She invited me in and I was allowed to speak with Mrs. Sneed. I asked her if she would allow us to pay $10,000.00 down instead of $11,000.00 and carry the balance. She even stated that she would let us have the church for $20,000.00 instead of $22,000.00.

So we went in for our first service November 23, 1975 with only me, my wife, Sis. Christine Washington and Sis. Brenda Hamilton.

We have had a many people come and go, but the Lord has always blessed us with a remnant. We have never had a check to bounce and the Lord has strengthened our little church and has added to the flock.

We have striven for many years to build a larger church, but I refused to put the church in jeopardy with a high interest loan that we could not get out of. Now the Lord has blessed us, in the face of all of the criticism, we glorify the Lord. By the help of God, we  celebrated the opening of our new edifice, Sunday, March 8, 2009.